The Los Angeles County Museum of Art (LACMA) is home to some pretty iconic public displays of art as well as an incredible collection that spans the history of American and International art.

The museum is notable for its outdoor sculptural works including Urban Light, a grid of lamp posts that light up at night by Chris Burden, and Levitated Mass, a monolithic rock suspended above a walkway, by Michael Heizer. These will remain, along with some of the pre-existing main exhibition spaces. 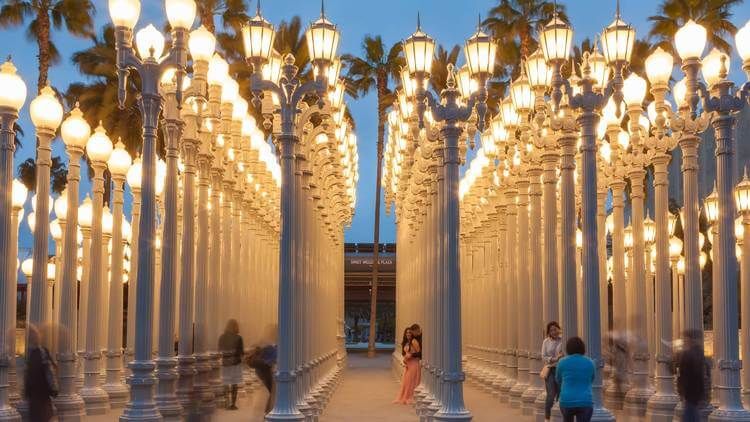 But the current gallery, originally built in the 60’s, is about to undergo a controversial redevelopment. Here we decode what’s planned for the future look of this art institution, as well as the existing aesthetic.

Pritzker Prize–winning architect Peter Zumthor is the mind behind the new version of LACMA. 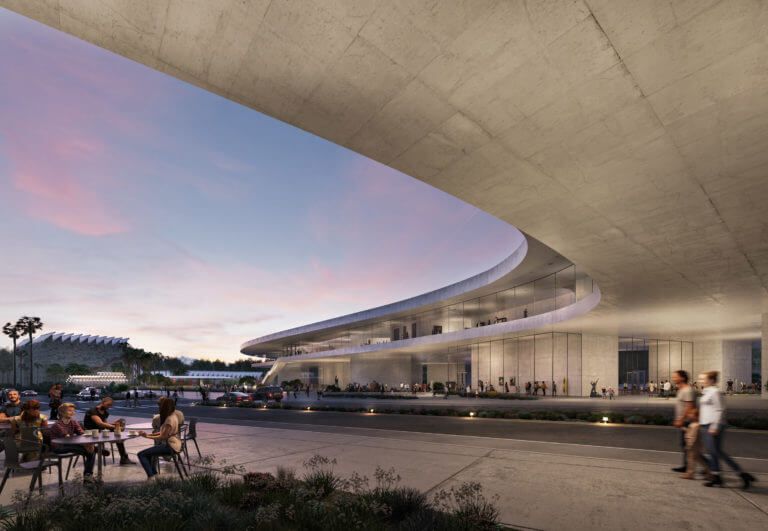 Zumthor’s initial renders revealed a black exterior that was designed to mimic the nearby La Brea Tar Pits, where black asphalt naturally seeps from the earth. However criticism caused him to reverse that decision and opt for a more neutral colour on the almost S-shaped building.

The new building features a span over the famous Wilshire Boulevard, inviting the traffic to pass underneath.

Some of the older buildings being razed to make way for the new wing were designed by another notable architect, William Pereira. But in keeping with the overall mood, Modernism remains the style of choice for Zumthor. The existing ‘campus’ features structures that follow different schools of Modernist design.

Though we’re worlds away from LACMA, and visiting the site is out of the question for the foreseeable future, we applaud the new vision.

Having recently undergone our own re-envisioning, a pared back look with natural textures allows the art (or in our case, stone and tiles) to really shine.

Modernism has always been a close favourite of ours, and lends itself well to the use of natural materials like stone with raw or polished finishes in stark tones like black, white or beige.

Renders of the proposed design show a very neutral colour scheme with muted flourishes and a minimalist approach. Curved and curtain walls will offer views of the gallery grounds and the wider LA area.

Organic textures and materials look to be the dressing for the interiors. Think concrete panels, limestone and rammed earth. Curves are also a great feature and emphasise the organic, and natural feel of Zumthor’s design.

If you’re wanting to mimic a similar aesthetic at home, our Limestone collection would suit the look perfectly. We’d recommend you try adopting in Concrete-look tiles to create contrast in spaces. Highlight these elements with natural lighting thanks to floor-to-ceiling windows.

If you can’t completely renovate, include curved furniture or objects instead. Curved interior walls are also a big trend in interior design at the moment.